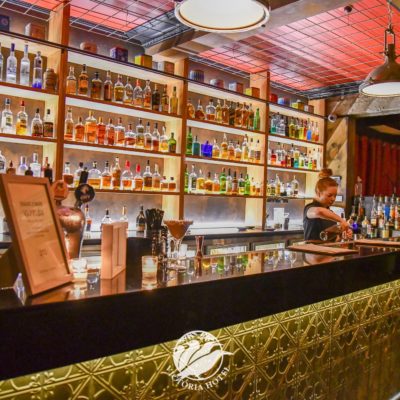 Some 450km south west of Sydney. Wagga Wagga is the main regional centre for the Riverina Region and has a population of 60,000. In addition to the strong and diversified rural economy, Wagga Wagga is supported by Charles Sturt University, and the Kapooka Army and Forest RAAF Bases.

The pub sits in a prime position on Baylis Street, the main street of Wagga Wagga. There are a number of competing hotels along Baylis Street. 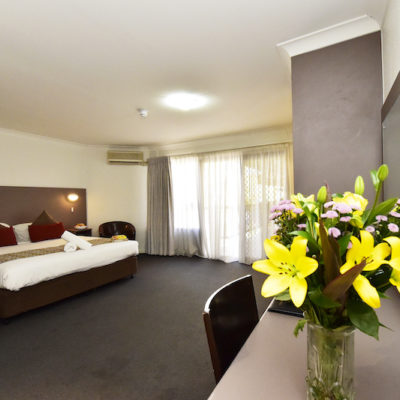 The Diplomat Motel comprises 81 motel rooms across four two-level accommodation blocks. The accommodation facility is rated 3.5 stars. Other amenities and facilities include a restaurant, tavern, two small conference rooms, two managers’ residences, swimming pool with BBQ and outdoor parking for approximately 70 vehicles. As a result of this configuration, the property has multiple income streams, including a standalone restaurant tenancy. The secure parking is a feature sought after by both self-drive travellers and trade service providers.

Alice Springs is situated roughly in the centre of the Australian continent and had a population of approximately 27,000 in 2016. It is located around 1,500 km south of Darwin and 1,530 km north-west of Adelaide.

The motel is one of the few located in Alice Springs’ central business district, which is a popular base from which to explore the many tourist attractions of central Australia, including unique Aboriginal art galleries and outback tours. 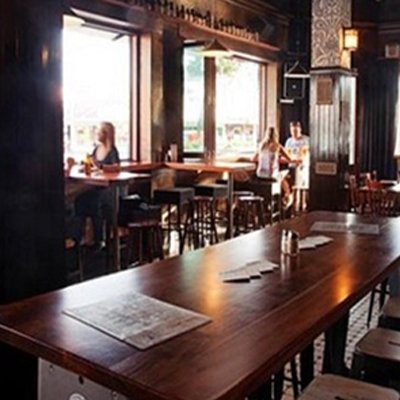 Mary G’s is a strata titled hotel with a ground level public bar, TAB, kitchen, restaurant, lounge bars, outdoor gaming area, beer garden, night club and manager’s flat. The building has a gross building area of approximately 1,091sqm over two levels with a further 1,161sqm in a balcony and external courtyard. The strata area is 2,252sqm. It currently has 19 gaming machines and off-street council parking is provided to the rear of the hotel.

Lismore is located around 760 km north east of Sydney and only 120 km south of the Gold Coast. It is also less than an hour’s drive from Byron Bay. With a population of 44,000 and a campus of Southern Cross University, it is the main regional centre for the Northern Rivers Region of NSW. Centrally located in the Lismore business retail and commercial area, Mary G’s enjoys good exposure to passing pedestrian and vehicular traffic, and a reputation as one of the most popular of several competing hotels in the area. 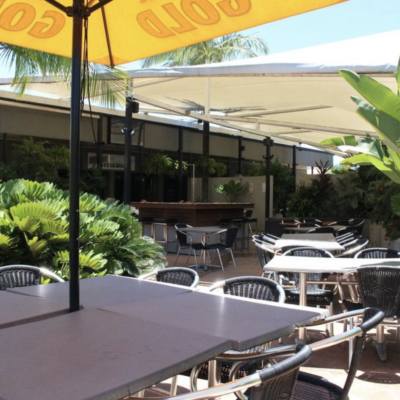 The single storey property was originally constructed circa 1960 and comprises a public bar, restaurant with bar, kitchen, gaming room with 31 EGMs, enclosed beer garden and 15 motel rooms. An adjoining two-lane drive through bottleshop was added to the site more recently. A two-storey, four-bedroom residence sits to the rear of the 5,100 sqm site. The Tandara Hotel Motel also holds a detached bottle shop licence trading as Cellarbrations in the shopping village opposite.

The Tandara Hotel Motel is a strong regional property located on the Bruce Highway 30km south of Mackay on Queensland’s Serenity Coast. Sarina was originally established as a centre of sugar growing and milling. It also acts as a minor service town to the nearby Hay Point and Dalrymple Bay coal terminals. The Tandara is one of three hotels in the town with a population of approximately 5,700. 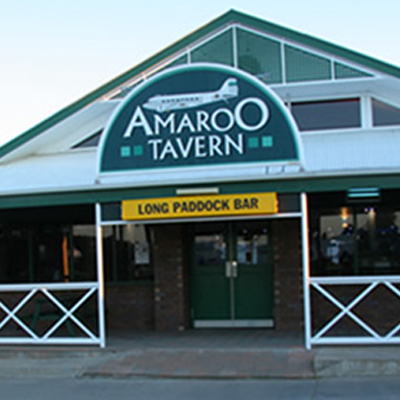 The tavern was constructed in 1988 and includes a public bar, TAB area, gaming room, drive through bottle shop, external beer garden and bistro and dining areas. There is also a modern commercial kitchen with walk-in storeroom and cool room, cellar, two office areas, shower and store room. The standard of finishes and fit out is high. In addition, a three-bedroom residence utilised by the manager is located on the site. An additional feature and attraction of the property is a World War II DC3 Aircraft which is located at the front of the site.

The area’s economy is supported by agricultural activities such as cotton farming and ginning, wheat and pecan nut growing, sheep and cattle grazing as well as tourism, which is driven by its well-known artesian baths. 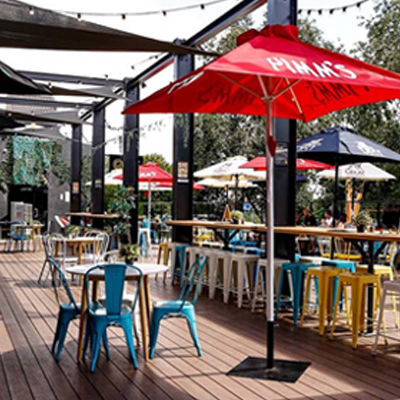 The first-floor site offers indoor and outdoor space with a casual atmosphere during the day, transforming into a vibrant entertainment scene at night. The premises are roughly separated into three areas: Playground Nightclub, The Deck and Frank’s. Frank’s is a unique pizza and games space designed to capture the resident student market.

The venue is a well-known institution in Wagga, having operated as a bar and nightclub under various names, including Capital Entertainment Centre and Beer DeLuxe, since the building‘s construction in 1983. Pelathon took over management in 2017, following a substantial refurbishment by the previous business owner.

Some 450km south west of Sydney. Wagga Wagga is the main regional centre for the Riverina Region and has a population of 60,000. In addition to the strong and diversified rural economy, Wagga Wagga is supported by Charles Sturt University, and the Kapooka Army and Forest RAAF Bases.

The venue sits in a prime position on Baylis Street, the main street of Wagga Wagga.